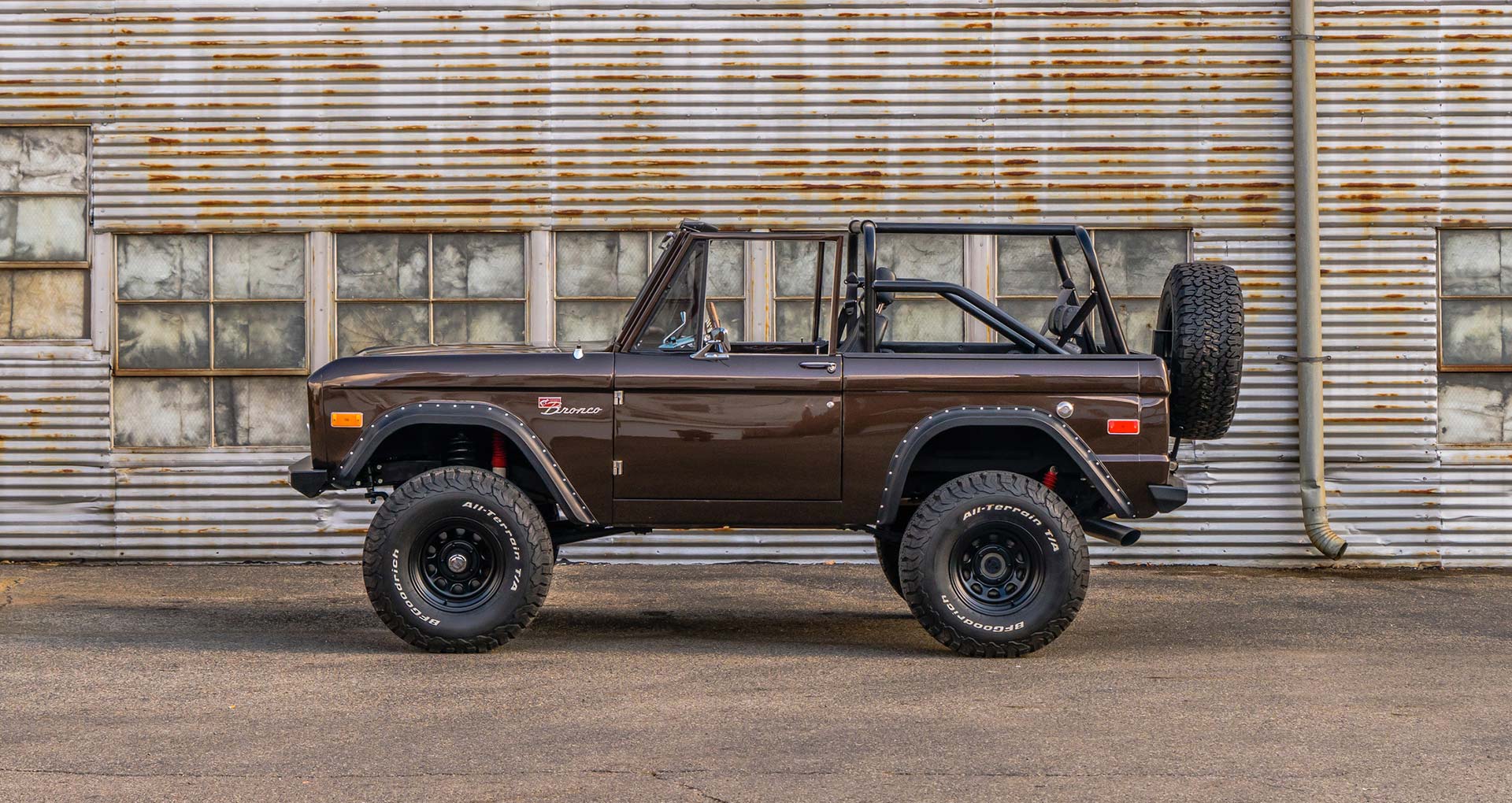 Off-road vehicles can be just as ballsy and brash as the job demands, but there’s something to be said about really spicing up old steel. In the case of Classic Ford Broncos, based out of Powell, Ohio, even the old can become new again.

The owner, Bryan Rood, has several years of experience under his belt with project managing builds and modifications, as well as buying and selling vehicles. From talking to him, we learned that his passion for Broncos was an interesting mix of forethought, happenstance, and efficiency.

“I’ve been in this business for 10 years, and I’ve been doing Broncos specifically for 5,” he said. “In my mind, I just think they’re the ultimate beach, weekend, off-road truck.” Putting together experts in their fields–metalworking, paint and body, et cetera–is what makes it possible for CFB to get turnaround times of 30-45 days on a given build, requiring anywhere from 500 to 600 man hours to complete. And the shop does it all while not fixing what isn’t broken; only taking what’s there and making it better.

“The Bronco is a cool car to do frame-off restorations of,” said Rood. “They’re pretty barebones and rugged, easy to fix, and easy to get parts for. What we do is keep the vintage soul and look, but give it better capability and driving comfort through restomodding.”

Rood and his team source from some of the best in the business for these SUVs: Ford Racing, Wilwood, BF Goodrich, FAST, and Line-X are just a few of the companies called upon to retrofit the Blue Oval builds. That the craftsmanship is so high and so stunning is what has put CFB on the map; quite literally, as Rood attests that many of these Broncos get built and shipped out to top-dollar American regions like the Hamptons or Southern California.

“Funny story, last week a guy showed up in an Audi R8, which is by no means a commuter car,” joked Rood. “He did a straight-up trade-in for one of our Broncos, practically right there on the spot!”

Rood and his team stand by their product, too. All builds come standard with a two-year, top-to-bottom, front-to-back warranty, in effect making these SUVs feel like what they’re meant to be: brand new and of the highest quality. It goes without saying that what Classic Ford Broncos does is nothing short of fantastic, and we can’t wait to see what else they have in store for the future. If you’re curious or just can’t have enough awesome shots of restored Fords, then check out the website here.

This article originally appear in OffRoadExtreme.

Give Us A Shout