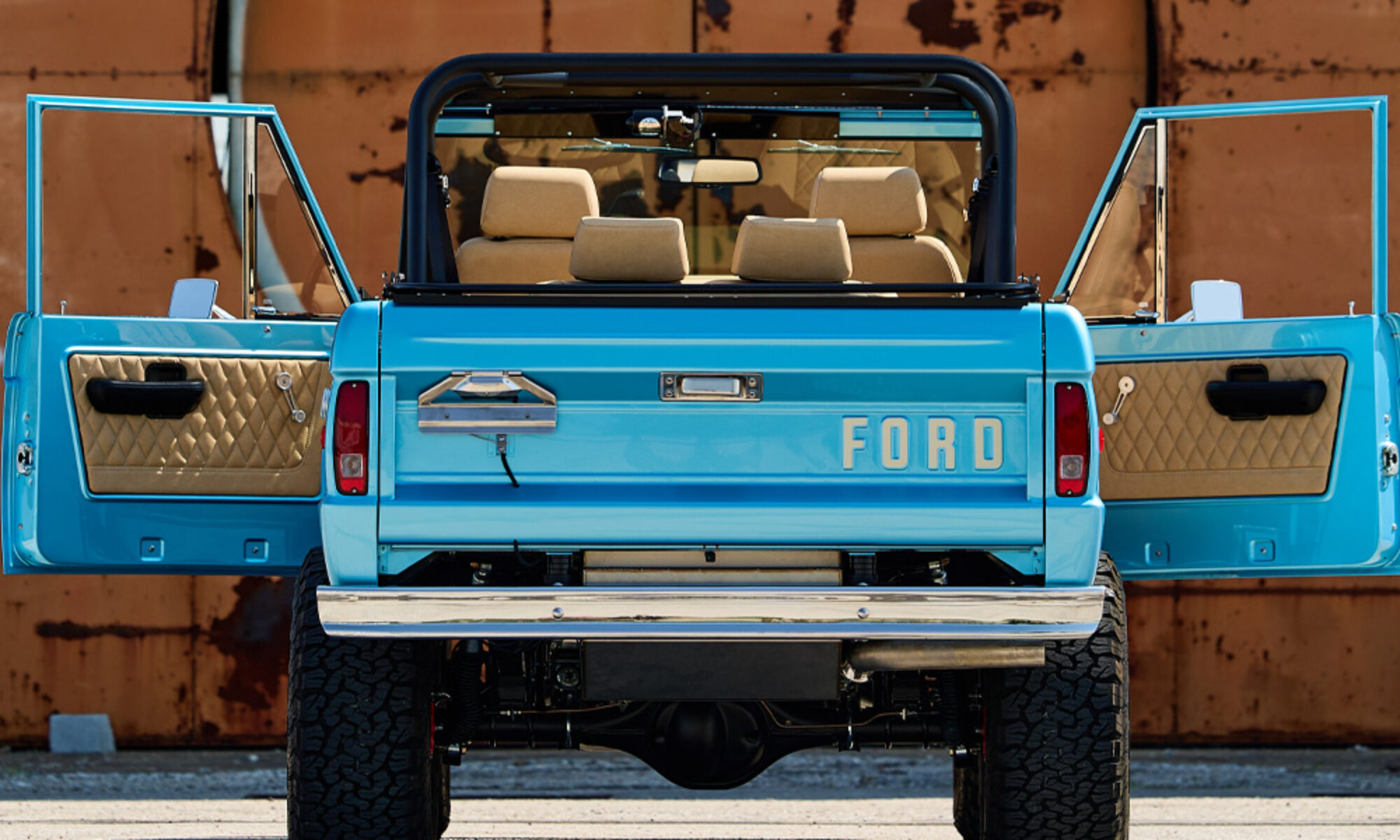 Owner Bryan Rood was in Kentucky and spotted an old Bronco-“the perfect amount of beat-up,” he says-for sale on the side of a road. The price was $5,000. He decided to buy it on the spot.

Rood has driven some nice cars in his time. Nothing, though, got the reaction that the Bronco did.

“You take this Bronco out, this $5,000 rusted-out truck, and people would lose their minds over it,” he says. “Everywhere I went, somebody was asking me to buy it. It would draw a crowd.”

Tired of all the offers to buy, he put what he thought was a ridiculous price on it: $12,000. The Bronco sold almost immediately. Rood has always had an entrepreneurial streak. As a student at Miami University, he helped start a student taxi service in Oxford. He also had some experience buying and selling old cars. But he’d never come close to doubling his money on a single vehicle until the Bronco.

So he went looking for more Broncos like that one – first generation, made from 1966 to 1977, when they were meant to be used as trucks and off-road vehicles instead of family cars. The kind of vehicle someone in their 30s, 40s or 50s would remember from their grandfather’s farm. (Not the kind someone would remember from the O.J. Simpson case, Rood says. That was a 1992 model.)

He found that people wanted the look of the old Bronco with the reliability and amenities of a modern SUV. New engine, new transmission, new paint, new air conditioning, new interior.

He found, too, that customers were willing to pay big money for that kind of work. A fully restored Bronco from Classic Ford Broncos starts at $75,000 and tops out at about $125,000. Even at that price, there’s an 18-month wait for one.

“The value is however you price it and whatever somebody is willing to pay,” he says. “There’s no book value on nostalgia.”

At first, Rood would outsource the restoration. One shop would handle the body work, while another would handle the engine, and others would be brought in where needed. But he wanted more control over the finished product. He began hiring his own staff and now has five employees and a 5,000-square-foot facility where every part of the restoration is done.

The facility itself is tucked into a Powell business park that people can’t find unless they are really looking for it. Rood once had a more visible spot, but says he had so many people coming in just to talk about cars that he was having a hard time getting work done.

Rood prefers for Classic Ford Broncos to own the vehicle first then sell it to the customer. He has performed restoration work on Broncos owned by someone else but says that often complicates the transaction.

“I’d rather control the whole situation, own the car from start to finish,” he says. “When it’s done, if you don’t like it, or we run into a problem, it’s my car. If someone were to go through a whole build with me and they didn’t like the product, even if they have paid, I’ll give the money back.”

With the waiting list he has, he’s confident that he can sell anything he restores-three or so Broncos per month right now, plus less expensive ones that get some cosmetic work but not the full bumper-to-bumper overhaul.

Most finished vehicles go to the east and west coasts. He’s actually only sold two in Ohio. Being located here, though, gives him equal (and pretty easy) access to all parts of the country, he says.

People with $100k or so to spend on a Bronco still find him. Like Brian Roberts. Roberts played 14 years in Major League Baseball, almost all of it at second base for the Baltimore Orioles. He thought so much of his truck that his testimonial is on the Classic Ford Broncos website.

“I love it. It was the perfect choice for me. I can park it next to a Lamborghini, and people ignore the Lamborghini and want to take pictures of the Bronco. Everyone says, ‘They don’t make them like that anymore,'” he says now.

With people so in love with the end product, Rood has an eye on expanding.

Stay up to date